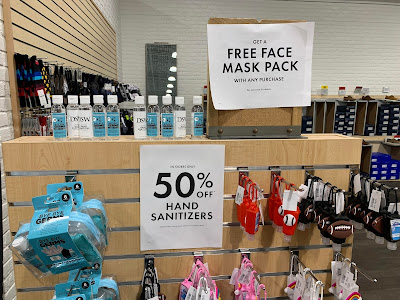 Posted by econjeff at 8:45 PM No comments: 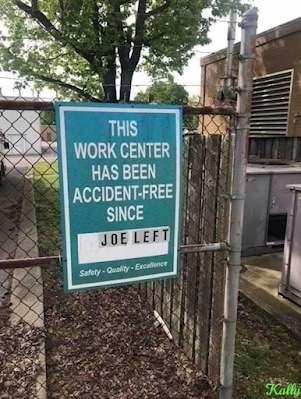 And then it was done (sort of, mostly)

Public Health of Madison & Dane County lifts all COVID orders as of June 2.

A not-so-fun thing I hope not to do again.

Posted by econjeff at 4:38 PM No comments:

Sid Meier is, of course, the man who single-handedly took a point or two off of the GDP by designing the computer game Civilization! as well as Alpha Centauri and various other pleasing diversions of the screen. This is one of those books where once I learned of its existence by finding it on a bookstore shelf, I had to buy it and read it right away.

Sid comes off as a super-nice, super-nerdy fellow. I learned a lot about the early days of the computer game industry, a lot about how Sid designs games, and a lot about the origins of many of his games in his childhood hobbies, travels and adventures. Do not expect any deep psychology, or settling of scores, or many personal details (or even as many details as you might want about some of the later games, such as Civilization Revolution!). Do expect a quick, entertaining, and informative read.

On page 246 there is a discussion of how the combat system for a game was altered away from simple random outcomes so that the playtesters would like it better. For example, the player will never lose two battles in a row when the odds are in their favor. None of this is clear in the game, of course, which presents as though combats resolve in the same way for the player and the AI and resolve via independent conditional randomizations for the player.

And toward the very end, a bit of a philosophy: "I think that in life, as in game design, you have to find the fun." Words to live by, indeed.

I bought this at a delightful new book store / gift shop in an old house in downtown Verona called Kismet Books. The stock is not huge - I probably have more books in my house than they have in their store - but it is artfully curated. In particular, they have a lot of Wisconsin history books from the University of Wisconsin Press. I could easily have bought five or six books rather than just two. And the owner is very friendly and helpful.

Posted by econjeff at 8:12 PM No comments:

Some of my IRP colleagues and I wrote a report for the Wisconsin Department of Workforce Development regarding the UI waiting week. You can find the report here

and the title, authors and abstract below.

What surprised me most when working on this report was the almost complete absence of any discussion of UI waiting weeks in the literature. The waiting week in UI, which many states have but suspended during the pandemic, basically means that the first compensable week is the second week of the claim. The waiting week does not affect the number of weeks a claimant is eligible for but rather tries to deter very short claims by adding a week before the benefit payments begin. SSDI, the main disability program in the US, has a long waiting period, and there is a large literature about it, but the short UI waiting week has not attracted similar attention from scholars.

Analysis Of The Unemployment Insurance Waiting Period In Wisconsin

DWD asked IRP to investigate whether the one-week waiting period policy introduced into Wisconsin’s unemployment insurance (UI) system on January 1, 2012 had effects on claimant outcomes related to UI receipt and use of other social and employment training programs. In particular, this report addresses three research questions, which we list along with our answers.

1) What are the policies other jurisdictions have in place regarding unemployment compensation waiting periods, and how does Wisconsin compare?

Most other states have a one-week Unemployment Insurance (UI) waiting period (though many states waived this following the onset of the COVID-19 pandemic). There is a long history of such waiting periods both in the United States and in other developed countries. In recent decades, the usual motivation centers on discouraging UI enrollment by eligible workers expecting very short claims.

2) Did the amount of time participants claimed benefits change in response to the introduction of the waiting period?

We find weak evidence of an increase in the average duration of claims following the introduction of the waiting week. The increase occurs only among claimants required to actively search for work based on their Eligibility Review Period (ERP) code and does not attain conventional levels of statistical significance. We interpret this as weak evidence that the waiting week deters claims by workers who would have short claims and be required to search.

3) Were claimants more likely to also participate in other safety net programs (FoodShare or Medical Assistance) in response to the introduction of the waiting period?

Posted by econjeff at 7:57 PM No comments: