1. The disabled on Second Life.

2. It turns out that lots of countries want to be second.

3. John Bound, Gaurav Khanna, and Nicholas Morales make it into the Atlantic with their fine new paper on H1-B visas.

4. My paper on the effects of mismatch with Nora Dillon, as well as earlier work with Dan Black and Kermit Daniel, makes it into this amicus brief for the current UT-Austin affirmative action case.
Posted by econjeff at 1:43 PM No comments:

This is sad news indeed.

Tim was generally acknowledged as the nicest person in my year at Chicago.

Posted by econjeff at 2:13 PM No comments:

John Wick: Chapter 2 is essentially the old video game Castle Wolfenstein with Keanu Reeves as the shooter, with the castle replaced by Roman catacombs and an art museum, and with somewhat different bad guys. Put differently, there really is not much here other than shooting.

While very stylish and pretty, the movie lacks both plot and character development. Ex post, the relatively high rating on Rotten Tomatoes (89 percent among the critics as I write) surprised me. Conditional on genre it is pretty good, but it is not that good. More humor would have helped.

The NYT review is here.

Recommended only if you need a gratuitous violence fix.
Posted by econjeff at 6:27 PM No comments:

2. The optimal office - a brief literature review from the Atlantic

3. A plug for only children from the NYT. I am one, along with my daughter and my father.

4. On being an East German deep undercover in the US

Viewed as an alternative to simplistic performance management based on outcomes, I am all in favor of this. Viewed as a substitute for more serious evaluation efforts I am a bit less enthused. I would say that rapid cycle evaluations complement, rather than substitute for, more ambitious evaluation efforts that aim to look at longer term effects, at mechanisms, and/or at outcomes not available in administrative data.

The A.O. Scott review captures it well. I particularly like his phrase: "it is both an impeccably Gallic delicacy and a gleeful parody of Frenchness"

Scott also says: "After it’s over, you may find yourself in an argument about just what kind of movie you saw. A nasty, exploitative spectacle of a woman’s victimization, or the celebration of her resistance? A feminist tale of rape and revenge, or an exercise in chic, cynical misogyny?" In fact, I had exactly this discussion after the movie, and the answer really isn't clear.

And the director - something I did not realize until reading the review - did "Robocop" back in the day.

Recommended, but not if you are triggered by sexual violence.
Posted by econjeff at 10:40 AM No comments:

Book: The Tibetan Book of the Dead: A Biography by Donald Lopez

Lopez, Daniel. 2011. The Tibetan Book of the Dead: A Biography. Princeton University Press: Lives of the Great Religious Books.

What a fun book! This book tells, with great brevity, the story by which a set of Tibetan manuscripts came to be packaged as the Tibetan Book of the Dead and to make a splash in various circles in the west. This is a fine tale of nutty colonials and wanton cultural appropriation. Plus the author takes the novel tack of highlighting the parallels to another important "found" spiritual document, namely the Book of Mormon. I raced through it and really enjoyed it. Oh, and the author is a faculty member at Michigan.

Recommended for those into such things.

So many titles to choose from ...

2. Imagine how proud her parents must be!

3. Is this better or worse than the original Disney song?

4. Children are the future

Hat tip: EJCS
Posted by econjeff at 8:11 PM No comments:

A research agenda on school choice

Mathematica Policy Research is doing a series of blog posts that aims to lay out a research agenda on school choice for the new administration.  This seems like a worthy endeavor and I was generally impressed with the contents of the first two installments. I was particularly impressed that the first part mentions equilibrium effects of school choice, whether charters or vouchers, on traditional government schools. That is a tricky thing to study, but may well be an important part of the overall story.

I do have two quibbles. First, I would emphasize the role of innovation in the design and operation of schools as another potential benefit of school choice, though one that is constrained by the overarching regulation that governs all schools receiving public funds (as well as home schooling to some degree in some places). As best I can tell, the way schools work has changed little since I was attending them, and that was a while ago. There is some electronics around now, and the curriculum emphasizes current enthusiasms, but it all seems familiar in a broad sense. Are there better ways? If there are, could we possibly find them in the current institutional and regulatory environment?  Are there policy changes that would yield more useful innovation?

My second quibble is that the second installment implicitly adopts a binary epistemological stance in which the research world contains two kinds of studies: experiments and non-experiments. In this binary view, experiments are wonderful and non-experiments are kinda sucky, but perhaps better than the opinion of the stranger sitting next to you at the bar, at least on average. What the binary view misses is that experiments have issues, sometimes more, and sometimes less, because randomization does not solve every problem associated with empirical research; rather, it solves just one problem, albeit an important one. For example, the charter school impact studies that rely on admissions lotteries have some issues of interpretation, e.g. with multiple lottery winners, and some issues with external validity, because not all charters run lotteries. The binary view also misses substantial variation in the quality and causal compellingness among non-experimental studies. I know that the Mathematica folks know all this, but I would have liked to see it reflected a bit more in the way that they discussed the existing evidence.

Link to the first installment.

Full disclosure: I sometimes act as a paid consultant to Mathematica about various things (as I also do with several of their competitors).
Posted by econjeff at 2:36 PM No comments:

2. A belated but apposite remark on the passing of Fidel Castro.

3. A nice summary of Eric Chyn's work on public housing. I have been at Michigan for 12 years and had photos taken by three different professional photographers and still do not have a picture as nice as this one of Eric.

4. Super Bowl halftime shows of the past: rocket belt edition.

Hat tip on #4: Charlie Brown
Posted by econjeff at 9:45 PM No comments: 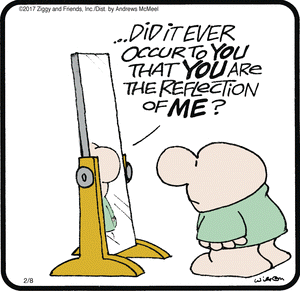 Posted by econjeff at 9:47 PM No comments:

Lewis, Michael. 2017. The Undoing Project: A Friendship That Changed Our Minds. W.W. Norton.

The title is a pun, the prose is breezy and fun to read, and the subject is behavioral economics or, more accurately, the collaboration between psychologists Amos Tversky and Daniel Kahneman that played a foundational role in the development of behavioral economics. There are bits about other scholars too, like Richard Thaler, but mostly it is the Amos and Danny show. What more could one want? If you are thinking about reading the book to learn more about the academic work that Kahneman and Tversky undertook, you will be disappointed, at least if you want more than the shallowist of substantive introductions. On the other hand, if you already know the academic work and you would like to learn more about their personal stories, including some really interesting bits about work they did for the Israeli military early in their careers (and early in Israel's career), and about their process of team production, you will find much to enjoy.

.... one of my favorite blogs on the blogroll (and yes, I know it desperately needs updating) has reappeared. This post about students and this one about campus electronics provides a worthy example of its timeless wonders.
Posted by econjeff at 3:36 PM No comments:

A most excellent mocking of the Donald (but perhaps a bit edgy for some).

Hat tip: a fine colleague indeed.
Posted by econjeff at 10:38 AM No comments:

I have seen this paper presented twice and really like it. It suggests that the welfare losses due to tuition differentials between in-state and out-of-state students are non-trivial. Seems like it is trade barriers like this that the commerce clause was supposed to prevent.

Public universities in the United States typically charge much higher tuition to non-residents. Perhaps due, at least in part, to these differences in tuition, roughly 75 percent of students nationwide attend in-state institutions. While distinguishing between residents and non-residents is consistent with welfare maximization by state governments, it may lead to economic inefficiencies from a national perspective, with potential welfare gains associated with reducing the gap between in-state and out-of-state tuition. We first formalize this idea in a simple model. While a social planner maximizing national welfare does not distinguish between residents and non-residents, state governments set higher tuition for non-residents. The welfare gains from reducing this tuition gap can be characterized by a sufficient statistic relating out-of-state enrollment to the tuition gap. We then estimate this sufficient statistic via a border discontinuity design using data on the geographic distribution of student residences by institution.

Link to paper at NBER.
Posted by econjeff at 9:12 AM No comments:

My alter ego runs for mayor ... 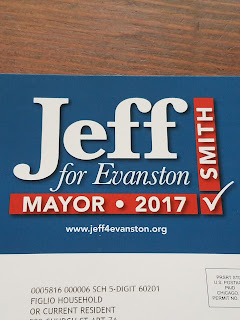 Hat tip: Figlio household or current resident.
Posted by econjeff at 10:12 AM 1 comment: