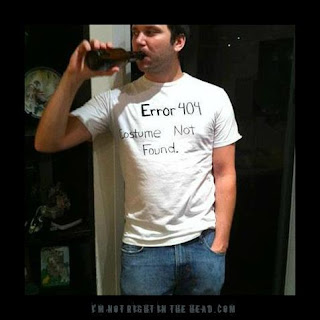 From a Facebook friend.
Posted by econjeff at 9:11 AM No comments:

A reinterpretation of the Mayan calendar 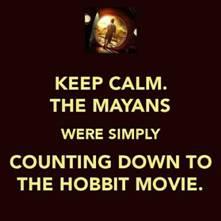 Hat tip: a Facebook friend.
Posted by econjeff at 1:46 PM No comments:

This old interview with Ayn Rand from a now-defunct UM television network works on many levels.

Via the Bentley Historical Library.
Posted by econjeff at 9:24 AM No comments:

Nate Seegert hits a pre-job-market home run as his job market paper is cited on both Marginal Revolution and Ezra Klein's blog at the WaPo.

Congrats to Nate, whose job market paper I quite like as well.

We have other great candidates too .... seven of them with letters from yours truly.

This may be the worst game Washington has played all year. Unlike LSU and Oregon, Arizona is good but not great. The Huskies should have been close, if not the winners. And yet they got blown out, in large part due to their own mistakes.

This one actually has caused some grumbling in Seattle, as Jerry Brewer describes in his column.
Posted by econjeff at 6:43 PM No comments:

At last! A victory over MSU! And in a hard-fought defensive struggle that was exciting even on the radio over the internet. Well done.

Coverage from annarbor.com here.
Posted by econjeff at 11:56 AM No comments:

The NYT offers this thoughtful piece on the video that, for a few days, was the cause of the raid on the US embassy compound in Libya and on the broader issues it raises.

It seems to me that we are repeating the same error we made during the Cold War. Liberalism, in the broad sense, is a vastly superior product to communism. That case could have been, and should have been, made without apology. Liberalism is also a far better product than theocracy, whether Christian or Muslim or otherwise. That case, too, can and should be made without apology and without any offense to sincere and honest faith.
Posted by econjeff at 9:21 AM No comments:

The sweaty joy of housework

There is surely a paper topic in this piece from the Daily Mail (and not just for Jeremy Greenwood).

When will the blue team propose heavy taxes on labor-saving household appliances as part of the battle against obesity? I am not holding my breath but I do wonder why is this any different than sugary drinks.

I started this a long time ago:

Obama's remark that business people did not build their businesses has occasioned one of the odder bouts of internet discussion I can ever recall. It is not silly in the way the week we spent debating whether it was worse to put your sick dog on top of your car or to actually eat dogs was silly, but it is silly nonetheless, because everyone knows that creators are special, and everyone also knows that creators being able to create depends on many factors that are "produced" at a social level. Some of those factors are produced by government, but more of them are produced informally. Most of the heavy lifting of law and order, for example, arises not from the fact that we have police, but from the fact that almost everyone, almost all of the time, does not commit crimes, even when they could do so without detection.

I will highlight two bits that I have read in the course of the discussion that struck me as worth looking at. One is David Warsh on who invented the internet. This is an older discussion, of course, which dates back to Al Gore's bizarre claim in this regard (which goes oddly unmentioned by Warsh). This piece is itneresting both as history and also because it highlights the difficulties of assignment. If a scientist on the government payroll comes up with a good idea, does the credit go to the scientist or to the government? How important to this assignment is the counterfactual? Does it matter if, in the world without the government science project, the inventor (whether the same person, or someone else) would have been imployed by a private university or a public one? Or a private firm? There are deeper issues here, of course, about what it means to get there first when the next person would have gotten there only months or a couple of years later.

I also liked this piece by David Brooks who highlights views about agency over the lifecycle as well as the social value of having people think they have more control than they actually do.
Posted by econjeff at 10:05 PM No comments:

"Ocularcentric Labour: 'You Don’t Do this for Money'"
Relations Industrielles/Industrial Relations, Vol. 67, No. 3, 2012

This article is a response to Lansbury’s call (2009) in this journal for a reconceptualization of work and employment. It supports Lansbury’s belief that the employment relationship cannot be understood in isolation from wider social change. Building on the tradition of emotional labour and aesthetic labour, this study introduces theoretically and empirically the concept of “ocularcentric labour” (the worker seeking the adoring gaze of the client as the primary employment reward). This paper seeks to establish: the empirical generalizability of ocularcentric labour; its conceptual differentiation with aesthetic and emotional labour; and the implications of ocularcentric labour for industrial relations and collective interest representation. Through a study of the employment relationship in the commercial health and fitness industry in Queensland (Australia), we identify this new type of labour as one in which the worker’s primary goal is to seek the psycho-social rewards gained from exposing their own body image. This quest shapes the employment relationship (both the organization of work and the conditions of employment). We argue that for many fitness workers the goal is to gain access to the positional economy of the fitness centre to promote their celebrity. For this they are willing to trade-off standard conditions of employment and direct earnings, and exchange traditional employment rewards for the more intrinsic psycho-social rewards gained through the exposure of their physical capital to the adoration of their gazing clients. As one worker said “You don’t do this for money.” Significantly, with ocularcentric labour the worker becomes both the site of production and consumption.The study draws on quantitative and qualitative data captured from the Australian health and fitness industry with one snapshot taken in 1993 and another in 2008. The conclusion draws together the key conceptual and empirical points and findings and examines the implications for the conceptualization of IR in the contemporary economy.

2. What Wally Cleaver is up to these days.

3. Is this better or worse than being level 85 on World of Warcraft? I think probably better.

4. You can invest in local brine.

Where shall we meet?

If you schedule a meeting location as TBD, here is where Google maps directs you.

The one in Brooklyn with the ping pong, beer garden and art installations sounds like the most fun.

Hat tip: Charlie Brown
Posted by econjeff at 11:20 AM No comments:

Who says innovation is dead?

Truly the gift for someone who has everything.
Posted by econjeff at 7:44 PM No comments:

$500 bills laying around in health care


This is hilarious, and very much on point.

I have managed to find a GP who will actually respond to emails (thanks, Gary) but he really doesn't like it. The discussion I had with my dermatologist about using email was hilarious at some level (his office doesn't "trust" email, whatever that might mean) but ultimately fruitless as well.

Hat tip: Ken Troske, who got it from John Cochrane
Posted by econjeff at 8:32 AM No comments:

Prize is announced on Monday.
Posted by econjeff at 9:30 AM 1 comment:

The NYT review sums it up well:


"Butter” alternates between looking down its nose at Midwestern passions and cooing over smugly liberal values."

Needless to say, this played well with the Ann Arbor audience last night at the Michigan Theater. There was even a bit of misplaced applause at the end.  Still, it is well-acted enough, and funny enough at times, that I am glad to have seen it.

The high point of the evening was listening to a loud fellow-movie goer afterwards in the lobby talking about how she thought the movie featured Jennifer Anniston rather than Jennifer Garner.

Weakly recommended.
Posted by econjeff at 8:55 AM No comments:

National stereotypes are so much fun.

Via Rudi Bachmann and Greg Mankiw
Posted by econjeff at 8:43 AM No comments:

Clear evidence of my failure as a parent

This morning at the front door, as the family assembled for departure:

Elizabeth (the ECONdaughter): Daddy, there is something missing!

Dad: What is missing?

Today is ECONJEFF's 50th birthday.  However did this happen?

Also celebrating their birthday today (among others): my college roommate Ian Challis, my graduate school friend Sheilagh Ogilvie (when are you coming to UM for a seminar?) and my wonderful (she really is) mother-in-law!

My deep thought for the day: life goes by quickly, so pay attention.
Posted by econjeff at 10:37 AM No comments:

Purdue looked like the worst team Michigan has played all year, which surprised me, and made for a pretty boring game. Still, Michigan can use the win and it was a chance for the players to get out some of their frustrations from the losses against Alabama and Notre Dame.

I spent a lot of time watching the much more exciting Stanford-Arizona game.

Next week: likely another blowout, this time against Illinois 3:30 on ABC.
Posted by econjeff at 10:14 AM No comments:

I was hoping for some roasted ducks for my birthday - the game went past midnight Eastern time - but it was not to be.

The hardest part was that this was a bit more self-inflicted than some of the other recent Oregon victories have been.

I pledge allegiance ... not

This is something that has puzzled me since grade school days: can there be anything less appropriate in the land of the free than to press children to engage in ritual toadying to the state every day?

Shame on you, Rick Snyder. This was a missed opportunity for some leadership and a very teachable moment.
Posted by econjeff at 9:53 AM 1 comment:

If two grocery store chains were planning to merge and rented a couple of state legislators to introduce a bill that would prevent the opening of new grocery stores in their areas while they completed their merger, people would either laugh or scream or both.

Why isn't the reaction the same when it is two public school districts?
Posted by econjeff at 9:45 AM No comments:

The secret lives of Maine politicians

The Daily Mail (of course) has the shocking story of the blue team state senate candidate in Maine who spends her free time as a "level 85 orc assassin rogue" on World of Warcraft.

Maybe I'm different (okay, for sure I am) but to me this means 10,000 bonus points for Ms. Lachowicz.

Hat tip - it almost goes without saying - Charlie Brown
Posted by econjeff at 9:26 AM No comments:

Can you imagine my shock and dismay at making a clever reference to the (justly) famous SNL Shimmer commercial parody yesterday during a seminar and having it turn out that I was the only one who knew about it?

To remedy this sad state of cultural ignorance, here is Shimmer on hulu:

"At Michigan we have a tradition of caring about the truth, even if the truth is boring."

-Miles Kimball
Posted by econjeff at 9:29 AM No comments:

Congratulations to Harvard public finance economist Raj Chetty, winner of one of the 2012 MacArthur Foundation fellowships.

Hat tip: Joel Slemrod
Posted by econjeff at 9:12 AM No comments:

A most excellent pun

Posted by econjeff at 4:26 PM No comments: