... in this article about the Job Corps program by reporter Glenn Thrush.

I really enjoyed my conversation with Glenn but I am a bit surprised that the National Job Corps Study did not make it into the article.

Addendum: an exchange between Glenn Thrush and Alan Krueger. As I expected, Glenn argues that the NJCS is too old to be relevant. I would disagree given the stability in program design and operation. Glenn, Alan and I might all agree that we should be doing "rigorous" evaluations of active labor market programs more often that we do.
Posted by econjeff at 9:45 AM No comments:

Matt Welch at reason provides a realistic obituary.
Posted by econjeff at 10:40 PM No comments:

Marvels of the past: miniature golf edition

No one ever believes me when I tell them I can remember watching miniature golf tournaments on television when I was little ...
Posted by econjeff at 8:20 PM No comments:

The ice cream is pretty good but the real selling point here is not the taste, nor the dubious health claims, but the fact that it looks really cool.

Insert your own comment about how this is some sort of metaphor for modern society here.
Posted by econjeff at 9:32 PM No comments:

The return of IQ tests for work

The Atlantic documents the return of IQ tests, now re-branded as tests of cognitive abilities, to the private labor market.

I would have liked more about the legal angle - I had thought that the courts had made it rather difficult to require general tests like this that are not directly and obviously related to specific skills required on specific jobs.
Posted by econjeff at 8:21 AM No comments:

Reason on the press

A very fine piece from Elizabeth Nolan Brown on the problematic priorities of the preening press.
Posted by econjeff at 10:40 AM No comments:

There were signs about this banquet hall for miles on the way to my daughter's away camp.
Posted by econjeff at 4:52 PM No comments:

Would you live in a building called "The Dude"?
Posted by econjeff at 11:16 AM No comments: 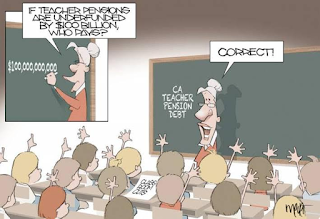 Hat tip: funny guy
Posted by econjeff at 11:22 AM No comments:

Things I never expected to own 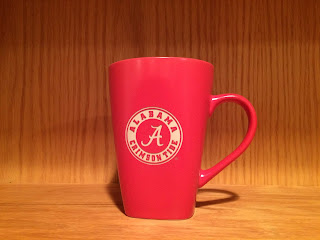 Congratulations Alecia, on a great academic job!
Posted by econjeff at 12:51 PM No comments:

I think of Tom Robbins of embodying, in his person and in his writing, many of the things I value the most about my forsaken homeland in the Great Pacific Northwest.

Many years had passed since I had read any Robbins, and reading Wild Ducks Flying Backwards over the past few weeks reminded me of why I like him.

And the entirety of his response to the question "How Do You Feel About America?" from 1997 (hopefully the copyright police will not come after me for this):

"America is a nation of 270 million people: 100 million of them are gangsters, another 100 million are hustlers, 50 million are complete lunatics, and every single one of us is secretly in show business. Isn't that fabulous? I mean, how could you fail to have a good time in a country like that? I could live literally anywhere in the world and do what I do so, obviously, I live in America by choice - not for any patriotic or financial reasons necessarily, but because it's so interesting there. America may be the least boring country on earth, and this despite the fact that the dullards on the religious right and the dullards on the academic left (the two faces of Yankee puritanism) seem to be in competition to see who can do the most to promote compulsory homogenization and institutionalized mediocrity. It won't work. In America, the chronically wild, persistently haywire, strongly individualistic, surprisingly good-humored, flamboyant con-man hoopla is simply bigger than all of them."

I also quite liked the essay "What is Art and, If We Know What Art is, What is Politics?

Recommended (but maybe read one of the novels first if you are new to the enterprise).
Posted by econjeff at 1:33 PM No comments: