Some Children Left Behind: Variation in the Effects of an Educational Intervention

Abstract
We document substantial variation in the effects of a highly-effective literacy program in northern Uganda. The program increases test scores by 1.4 SDs on average, but standard statistical bounds show that the impact standard deviation exceeds 1.0 SD. This implies that the variation in effects across our students is wider than the spread of mean effects across all randomized evaluations of developing country education interventions in the literature. This very effective program does indeed leave some students behind. At the same time, we do not learn much from our analyses that attempt to determine which students benefit more or less from the program. We reject rank preservation, and the weaker assumption of stochastic increasingness leaves wide bounds on quantile-specific average treatment effects. Neither conventional nor machine-learning approaches to estimating systematic heterogeneity capture more than a small fraction of the variation in impacts given our available candidate moderators.
Permanent (gated) link
Temporary (free) link (good until the end of June)
This paper is an intellectual descendant of my job market paper, Heckman, Smith and Clements (1997), and of Djebbari and Smith (2008). It will appear in the special issue of the Journal of Econometrics in honor of Heckman's 75th birthday.
Posted by econjeff at 10:57 PM No comments:

Movie: Everything Everywhere All At Once

Wow! The best movie I have seen in a while (where "a while" includes seeing the best picture winner at the Oscars). Fun, frantic, and conducive to the thinking of big thoughts.

This review from the Globe and Mail captures my take on the movie pretty well.

Keeping with the Toronto theme, this review from Now magazine highlights the negatives. I agree with them that cutting the least important 10-15 minutes would have made for a stronger movie, but I think I would have retained the hot dog fingers.

Recommended if you're in the mood for a wild ride.

Posted by econjeff at 1:40 PM No comments:

Posted by econjeff at 9:10 PM No comments:

Hat tip: Elise Marifian
Posted by econjeff at 10:36 AM No comments:

Too on point to resist 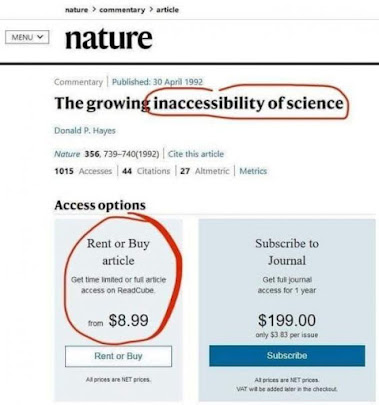 Posted by econjeff at 9:44 PM No comments:

Book: The Stand, by Stephen King

King, Stephen. 1990. The Stand: The Complete and Uncut Edition. Doubleday.

What better time to read a classic pandemic novel than at the tail end (locally at least) of a pandemic, albeit one much less deadly than that described in the book.

Post-apocalyptic tales have been a favorite of mine ever since I read Robert Silverberg's Time of the Great Freeze back in fifth grade (and the fact that it concerned too little warming rather than too much signals just how long ago that was). Back in the day I read classics like On the Beach and Alas, Babylon! and I have continued to read one or two post-apocalyptic tales a year (putting aside my general break from reading for pleasure during the second half of gradual school). They've been enjoying a bit of a renaissance lately.

If you poke around the internet for lists of the best post-apocalyptic novels, The Stand appears on most such lists, often near the top. So I have been meaning to read it for many years. I went "all in" and read the director's cut version with the idea that I might well never read another Stephen King book, and so I should read this one the way he meant it to be read. The director's cut has 1153 pages of text, though they are not dense and the book reads quickly in a pages-per-minute sense.

The first book-within-a-book  (of three) details the spread of the plague and the ensuing death and destruction. It was my favorite part of the book. The third book-within-a-book documents the great showdown (in which various people make a stand, hence the title) between good and evil. That was my second favorite part. My enthusiasm flagged (sorry, a pun too easy to resist but one you will only note if you have already read the book) a bit at times in the middle book-within-a-book. I suspect that most of the editor's cuts came from this part.

Some random thoughts: I was surprised by the Christian-ness of it; I suspect that feature explains some of its enduring popularity. I was surprised that one of the main characters is a sociologist. The book is very much of its time - in technology, gender relations, and so on. It emphasizes the way tough times can change people for the better and for the worse. And it embodies the sort of lightly paranoid anti-government stance that permeated popular culture in the years after Vietnam and Watergate.

Recommended but only for true lovers of the post-apocalyptic and/or of Stephen King. I will give it four stars on Goodreads, in contrast  to the five stars I gave to Station Eleven.

I had meant to read this for many years - ever since it became clear how much of an influence it had on two of my favorite reason magazine editors: Nick Gillespie and Virginia Postrel. Indeed, you can get a sense of the book from the corresponding article in reason in 1998. If you do a search at reason.com you will obtain a long list of citations to the book in the 20+ years since its publication, most of them by Nick.

The reason (cough, cough) for all this attention at reason is clear: McCracken documents and celebrates the technology-driven destruction of gatekeepers and decentralization of intellectual and social life that characterizes the past three decades. Cultural libertarianism marvels at changes that provide so much scope for individuals to live their lives as they please.

"The fashion system does not work as it once did. Once, what came into fashion was obliged to go out of fashion. The old was forced out by the new. But fads and fashions no longer seem as thoroughly discredited by their fall from grace. Even platform shoes can stay in circulation. It's as if we are surrounded by the archaeological accumulation of all the styles of life we ever cared about. They can come again, and they do."

There is a wise discussion of the dark side of plenitude, which I think McCracken underestimated a bit in the relatively innocent days just prior to the Millennium. There is a most enjoyable takedown of the left's narrow and excessively political notions of diversity; sadly, the takedown defied my efforts to find a short quotation that truly delivers the punch.

And, on page 40, one very poor prediction:

"Poor Donald Trump, once the "short-fingered vulgarian" so despised by Spy Magazine, is no longer emblematic enough to enrage or embarrass."

McCracken has a blog, called cultureby.com, and is an occasional tweeter @grant27. It will perhaps not surprise that he has a doctorate from the University of Chicago.

The book is out of print. I got mine on Abebooks. The first copy I bought had a printer error (!) and was missing some pages while providing duplicates of others. I am not sure if that makes it worth more (as it would with postage stamps) or worth less (or even worthless). Both copies are signed and dedicated - the one without the printer error to someone called Karal.

Posted by econjeff at 4:15 PM No comments: